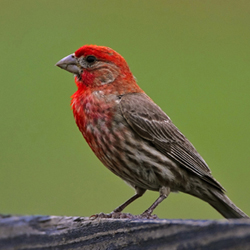 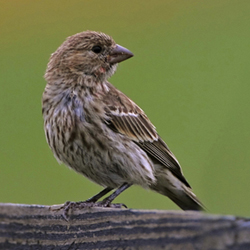 House Finch - Slimmer and longer tailed than the Purple Finch, the House Finch shows a great deal of variation in plumage but all have an appearance of "blurred" streaking on flanks and upper body with the red in males usually restricted to head, breast and rump. 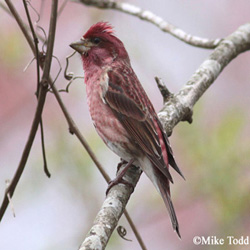 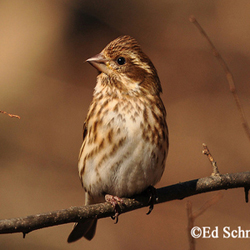 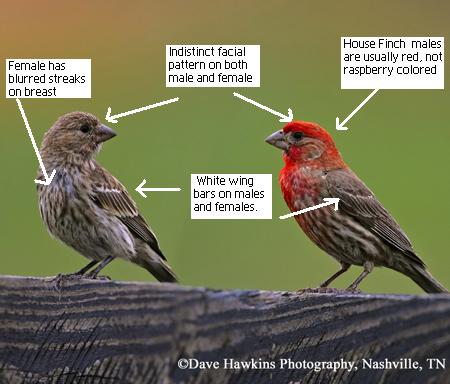 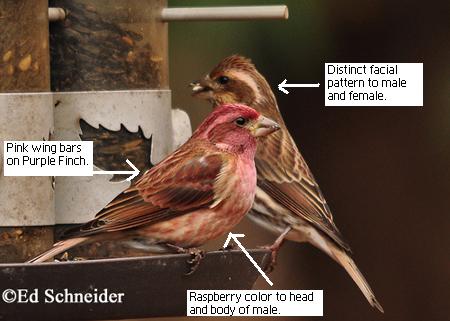 Male House Finch with orange instead of the usual red coloration. This coloration is an uncommon, but regular variation in House Finches. 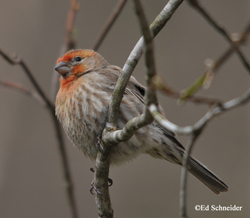 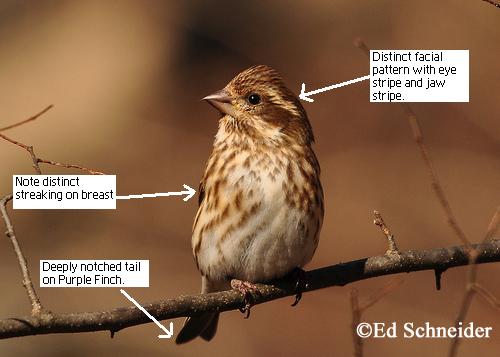