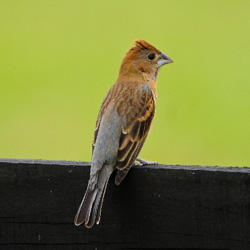 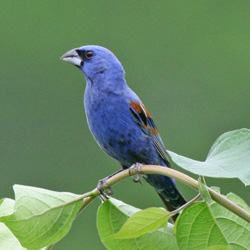 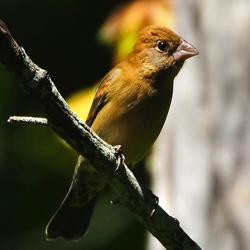 Blue Grosbeak - Blue Grosbeaks are somewhat secretive but can be found across Tennessee during the summer months. The male and female are very different in appearance, but share the large cone-shaped bill. The male is deep blue with two large rusty-brown wing-bars; the female is mostly brown with two buffy-brown wing-bars.
· Larger bodied
· Dark blue body and head
· Blackish wings and tail
· Blackish wings have prominent rusty wingbars
· Large, heavy, cone-shaped bill
· Found in open areas with nearby shrubs and trees.